For those new to the series, plural protagonism is based on this article I wrote for PopMatters. Plural protagonism occurs in a game when there is no individual main protagonist leading a group: the group itself becomes the hero. Each individual maintains their identity while contributing to the narrative in equal measure. Moreover, they are all controlled equally by the player and coordinate as a collective consciousness to overcome the challenges facing them. This narrative technique appears most prominently in JRPGs and this series investigates different JRPGs that feature plural protagonism in interesting ways.

In my discussion on JRPGs and the group journey I’ve thus far limited myself to games that focus equally on each member of a small group. In the original article—and in the two games I’ve related to it—my argument was that JRPGs reinforce the idea of people coming together. Even though many JRPGs have a lead character who is unquestionably central, it is often that character’s interactions and relationships with others that drive the game forward as a story and as a system. However—as I’ve hopefully illustrated in my writing on Breath of Fire IV and Wild Arms 3—some JRPGs are able to eschew a central character entirely, which I call plural protagonism. Even if there is a leader, the real hero is collective and it’s the collective that the player is ultimately controlling.

Many JRPGs focus on tight knit groups that join up for a common, meaningful goal. These characters are fleshed out, they impact the plot, the plot changes them, and they have a significant influence on the mechanics that make them vital to navigating the game. However, another way that JRPGs are able to convey a sense of plural protagonism—of a collective-as-hero dynamic—is to broaden the scope of the party to the point that the party members lose their identities in the group. 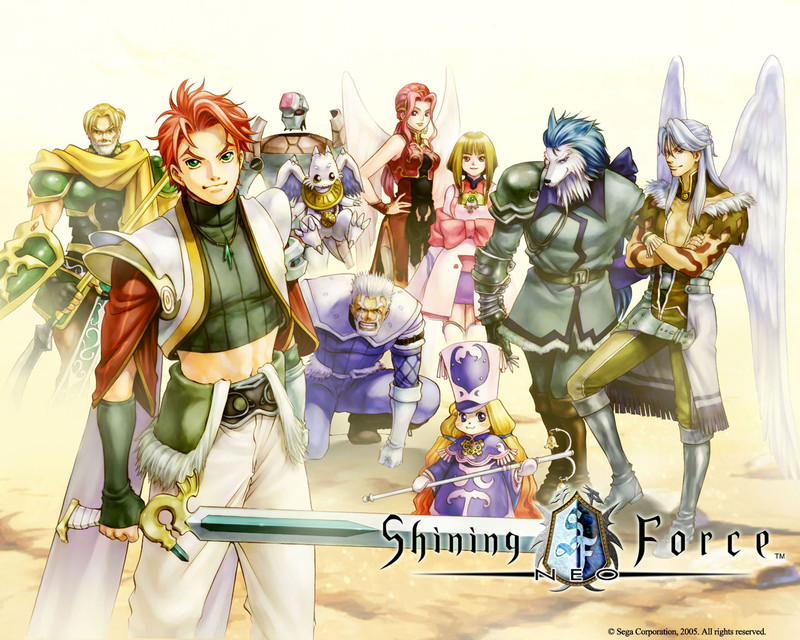 Consider Sega Genesis’s 1992 tactical RPG, Shining Force, where most members of the group have only limited individuality and importance in the game. Rather than a tightly knit ensemble of dynamic individuals banding together for a common goal, the “shining force” the player controls is a platoon sized troop that, as separate pieces, have very little influence on the game. Team members have limited interaction with one another and they’re usually motivated by a superficial personal goal that is absorbed by the main quest. Potential allies are treated as collectibles rather than as new members of a group, few of them are necessary to complete the quest, they seldom interact with one another and they don’t add anything vital mechanically. Allies do not eagerly join the party to solve a global threat; rather they will only tag along when the party has met their conditions.

The shining force—a group of let’s say 20+ people—differs from the hired troops in a game like Final Fantasy Tactics. Though hired soldiers in games like FFT or Gladius are capable of their own variety of characterization (Filipowich, Mark. “How Agnes Taught Me to Appreciate Difficulty.” bigtallwords. Nov 28 2012.), they remain uncharacterized by any writing and infinitely available should any fall in battle. The shining force is composed of a finite set of potential members that must be pursued and recruited on their terms. They are limited in number and, though they seldom develop, they have personalities.

Shining Force (and the rest of the Shining series) obviously demonstrates this, but it is a remarkably prevalent design feature. The Suikoden series is based on recruiting teams of over a hundred members, Valkyrie Profile is similarly driven by gathering a team, the Fire Emblem series and the indie freeware title Exit Fate has the player build an army from the scattered warriors of the world. Even Final Fantasy VI makes use of a large party of characters that individually are not very significant to the game. 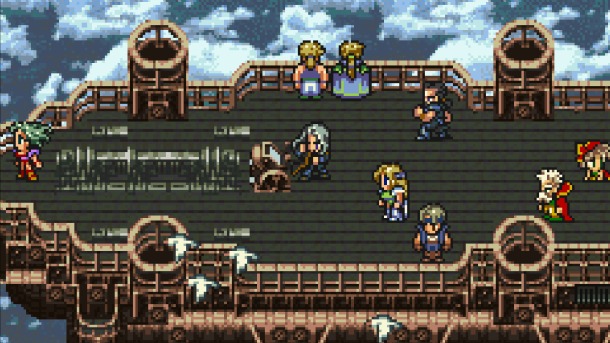 These games fit in the idea of plural protagonism in how they spread focus across the group rather than any single person. However, with such a large cast, most members are only glossed over. In a strange way, that only reinforces the theme of collaboration. Once recruited, members become regular fixtures of the player’s staff. They are constantly available and, in the better games, they are always contributing by running a shop or upgrading equipment or giving the player information. Even in games where these characters lose their usefulness over time, they are needed as a stepping stone to the next area with better recruits. They are necessary elements of the group’s journey, even if only in a few steps of it.

Even looking at a game like Suikoden or Exit Fate, where a character stands visibly at the centre of the story, the game’s structure is based on their role as an upper military official. The purpose of the game and the motivation of the central character is to gather together different people and secure their loyalty. Recruitment is the objective of the game. The player’s principle interest is still in the group, even though no one piece of it stands out. 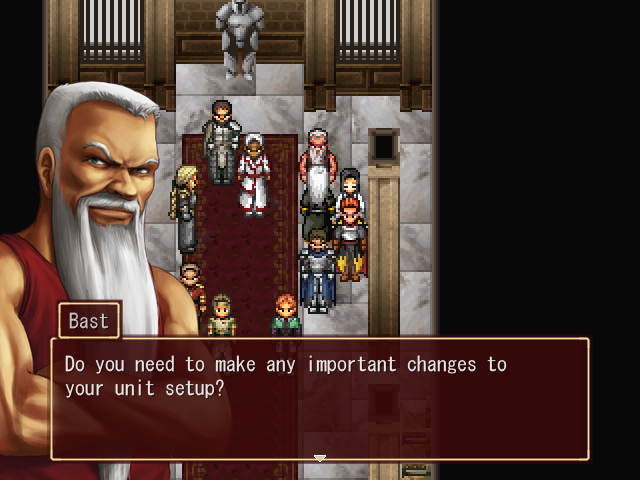 The shining force is not the merry band of misfits against the world; they’re an organized platoon of shallow, flat characters. They’ll join the player for reasons ranging from “I need this item” to “I need information on a secret” to “I need help beating up a villain” to “I’m bored.” Once recruited, the ally remains with the party for the ongoing quest. The use of so many narrowly defined characters presents a new perspective on plural protagonism.

For one, each character only joins when the player has met the potential party member’s requisite conditions. There is no great distress that brings the party together and they aren’t united by a common goal, the player must canvas each member for their loyalty. The player must seek the party member out, discover what it is they want, and deliver the goods to earn that person’s talent and loyalty. The collective must compromise to expand its repertoire. In a lot of RPGs (Japanese and Western), the stakes are raised to a point that individual differences between party members are irrelevant next to the larger objective: any friction between teammates will iron out as their synergy and relationships improve. But in the context of the ever expanding shining force, teammates don’t join up to become a family, they often aren’t interested in saving the world—in fact, in many of these  games the world doesn’t appear to need saving, the consequences of the group’s mission are far less dire—they will exchange their sword for something the player does.

The shining force is both the means of achieving objectives and the reward for completing them; the party is a persistent asset that incrementally strengthens the player. These games are structured around continually building up the party’s population, which provides ongoing improvement. When a recruit’s personal mission is satisfied, they defer to the group’s interests and they commit themselves wholesale to the party’s ultimate objective. They may not grow much as people but they only need to grow as much as it takes to fold into the greater good. Again, the player controls the collective, but in games featuring shining force, the collective expands to a large scope and its improvement becomes the central driving force of the game.

Moreover, that the characters that make up the shining force are narratively irrelevant and mechanically indistinguishable empowers the player to set the tone of the game. Chrono Cross, for instance, has a potential party of up to 45 characters, but it would be generous to say that even a third of them have more than a passing importance to the actual plot. Side characters react with the same dialogue, altered only by a character’s accent. In a given situation it doesn’t matter if the player has brought along a more serious characters like Glenn the prodigal swordsman or a joke character like Mojo the living straw doll, characters will react the same way. The implication here is that the individual is completely effaced in light of the group objective. There is a set script to the game and every character will follow it, suggesting that the individual is lost in the journey. 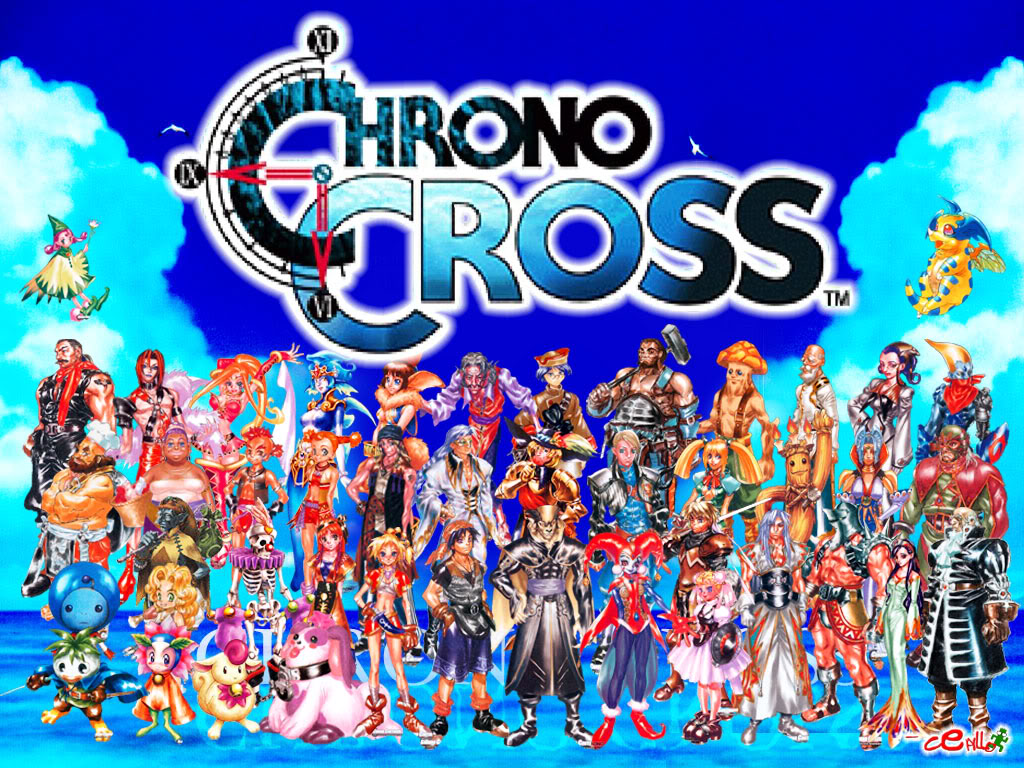 However, in Chrono Cross (and similarly structured games such as Valkyrie Profile) nearly every character has a side mission where the player can acquire a unique piece of equipment or skills exclusive to that character. In these instances, only one character will instigate the event and that character will respond in their own voice. In essence, the party must go out of its way for the benefit of one of its many, many members. So even though the individual defers to the group, they do benefit from their inclusion in the party: the party and the members in it are in a constant give-and-receive dynamic. The individual is never totally lost, but the group’s mission is always the central focus of the game.

Finally, it is worth mentioning that the members of the shining force tend to have their own unique abilities. There is a good deal of overlap between them mechanically, but as pieces on the field they do progress in their own ways. Because each of the dozens of members have their own paths of development, there is an extraordinary number of possible combinations that the player has available to them. JRPG battles are fought as the coordinated effort of a group, each command is issued in the context of every other command around it. Therefore, the fact that there are so many different characters with different abilities avails a far wider range of possible party compositions. The diversity offered by so many characters opens up vistas of options for the player to experiment with. Just by having so many members available, the player/party is empowered by virtue of the different ways the team can combine in battle. 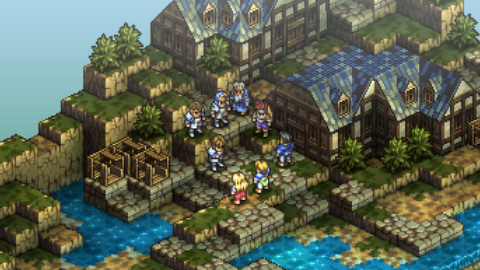 The shining force offers its own take on plural protagonism. By dissolving the individual it is able to enforce a unique brand of cooperative mechanics. The focus is not on the collective as a family, but of the collective as an organization. The individual is not lost entirely, rather it is met and appeased so that the group can grow and become stronger. It’s a type of group dynamic that, while fitting in with plural protagonism, has a number of caveats that provide and interesting look at how important collaboration is to the JRPG form.