So Grand Theft Auto V was released and Lana Polansky wrote everything that ever needs to be said about it (“Top Ten Grand Theft Autos: What the GTA V map size obsession tells us about our culture.” Medium. Sep 26 2013.). Actually, she already said all that needed to be said about it a year ago (“I’d Give it a 7: Reviewing the weight of reviews.” Bit Creature. Oct 31 2012.). GTA is just the latest reminder of the toxic consumer culture that video games carry. Clearly, as GTA V attests, the most successful games aren’t interested in criticism and the audience’s majority seem perfectly content with the current culture.

Although the dust hasn’t settled on the conversation yet, the ordeal to has prompted me to ask what the point of video games is (“Missing the Objective.” PopMatters. Sep 24 2013.). And while a good chunk of learning any art form is learning the different ways it is questioned and justified throughout its history, games are in a somewhat different place because they tend to be seen—often by gamers themselves—as products with a specific purpose; therefore they are evaluated based on how well they function in that purpose. Just as a juicer is evaluated based on how much juice it produces, video games are, to many, fun machines that are evaluated based on how much fun they produce.

The point I was trying to reach in my (admittedly self-indulgent) PopMatters article was that for most that make and play games, it is more important to excite and stimulate than to communicate. That would be fine if communication could be avoided. If games were just electrical stimulants plugged into the pleasure centres of the brain (which I sometimes fear is the direction they’re headed) than defaulting on “it’s just a game” wouldn’t be at all problematic. 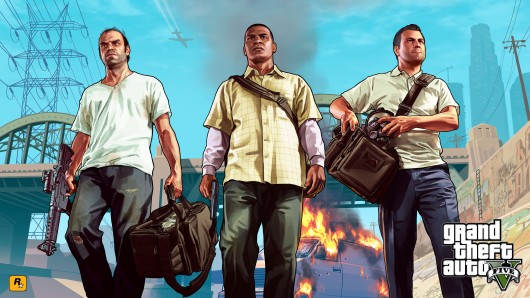 But, as I wrote in an earlier post on this here blog’o’mine, communication is implicit and understanding what a piece is saying at various layers is the whole point of the art-criticism relationship (“Issues of Representation and the Power of the Media as Discussed Through Exit Fate.” bigtallwords. Aug 14 2013.). Regardless of what an author intends to say, regardless if something is meant to be thoughtful or not, art carries language and language carries meaning. Defining art as anything composed of language may be so inclusive as to render the term meaningless but that’s a tedious matter for a much later day.

That’s why, in my mind, criticism of popular culture is so important; perhaps even more important than criticism of what is deemed high culture. Something listed on a syllabus or treated in a scholarly article is expected to have extra-textual meaning, a person enters the text expecting to learn the history, philosophy and politics associated with the text and they are in turn expected to learn or know and apply an understanding of form and craft. An audience is supposed to go into a piece of high art with the intention of enriching themselves. That may not happen and the politics of distinguishing high and low art is infuriating when it isn’t just absurd (Armstrong, James. “Professor’s avoidance of female writers sparks international backlash.” Global News. Sep 26 2013.) but those are the expectations associated with high art. Pop art, though, is free flow babbling, it’s not intended to have value and it’s expected to be empty. It’s thoughtless, uncomplicated and easy (Rivas, Jordan. “The depiction of religion in games is awful for non-religious and religious alike.” Nightmare Mode. Nov 19 2012.). Pop culture is the natural things the people of a moment want to hear and want to say, it assumes prior knowledge of everything about it. 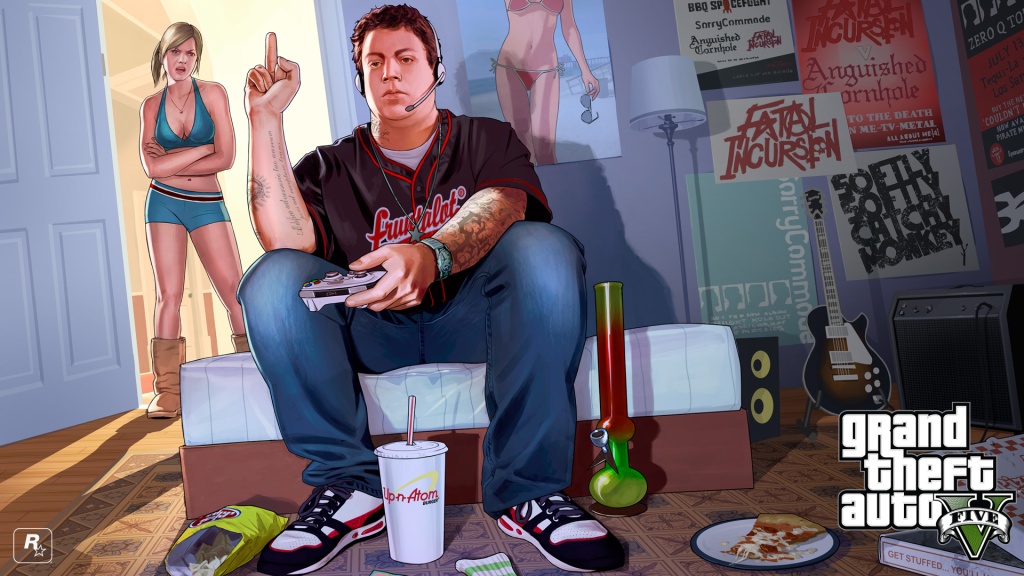 Everything that is language carries subtext. So when there’s a massively popular video game like GTA V that earns $16 million in its opening week (D’Angelo, William. “Grand Theft Auto V Smashes Global Week One Sales Records.” VGChartz. Sep 24 2013.) it’s worth taking note of what that game is saying particularly because it’s saying what people seem to want to hear. They want to hear it enough to spend about a hundred dollars at the first opportunity they get. What GTA V says is significant because it’s speaking the language of its moment: the history, philosophy and politics that engineer it’s meaning are implicitly understood by it’s audience. So when someone suggests that GTA V proudly champions violence and misogyny it’s worth investigating because these are the things that audiences take for granted (Krpata, Mitch. “Verbs.” Insult Swordfighting. Sep 25 2013.). It’s their own language spoken naturally.

It’s important to again note that the distinction between high and low art—like the term art on its own—is stupid, ugly and has poor table manners. What is popular kitsch can also be or become high art and what is high art can have mass appeal. The point I’m getting at is that since people are listening to GTA V (or whatever), it’s worth understanding what GTA V is saying. Video games may be capable of so much more, audiences may deserve so much more, but this is what we have so we may as well understand what we’re being told.