Lately I’ve been playing Okami on my Playstation 2 based on a recommendation from a friend. What I’ve really liked about it so far is that it’s a game with virtually no violence. There’s combat, but it’s such a small part of the game (so far) that it could be taken out entirely and most of the game’s charm would still be there. It’s nice to feel like my hero is on an important journey that doesn’t result in a virtual genocide. There aren’t many games that are like that. That isn’t to say that games shouldn’t deal with violence or even that they shouldn’t be based entirely on violence. But there’s a well-established pattern of video games violence. In games, violence usually is just a means to an end without any real consequences attached to it (“Violence Without Meaning in Games.” PopMatters. Nov 8 2011). That’s pretty sick.

If games only used this approach once in a while, than it wouldn’t be worth talking about. But the medium is inundated with violence. Everybody knows it. Some good developers have been trying to talk about it. They’ve been using the language of violence to highlight how apathetic we are to violence; their goal, I presume, is to shock us into seeing what we’ve been looking at all along. That’s a lofty goal. It’s an important goal. One I don’t think they’ve mastered (Filipowich, Mark. “The Inelegance of the Video Game Satire.” PopMatters. Dec 4 2012).

At this point I ought to confess that I haven’t played Spec-Ops: The Line yet. I’ve read that it’s a great criticism of the violence in games (Crowshaw, Ben. “Zero Punctuation: Spec Ops: The Line.” The Escapist. Jul 11 2012.) and I’ve read that it’s just another hypocrite decrying a society desensitized to war while glamorizing the explosions and headshots and shootouts that are in every shooter (Nelson, Raymond. “Maginot.” AWTR. Jul 30 2012). I’m excited to see for myself what it does, but it’ll have to wait until I’m done with Okami. After the heaviness of Final Fantasy Tactics, I don’t want to deal with any more fighting: I just want to paint some pictures and run through a pretty meadow.

Anyway, whenever I think about how violence is used and portrayed in video games I think about the film Drive. I’m going to spoil the movie for the next three paragraphs so if you haven’t seen it, please make the effort to. It’s worth it. My reading of Drive is that Ryan Gosling’s character (the Driver) is a mal-adjusted, socially inept movie buff that’s modeled his own behaviour and public personality after Stallone, Schwarzenegger, Swayze, and Segal. He’s a movie badass that, eventually, finds himself in a very movie-like situation (which is the movie the audience is watching). When the Driver is in that situation, he acts exactly like he’s supposed to. He’s calm, he comforts the damsel in distress, he reaches an olive branch out to the bad guy, the people that are supposed to die, die, and he scares the shit out of people before he beats the shit out of them. But it’s so unnervingly quiet and uncomfortable. The Driver hardly talks and when he does there’s always something off about him. Nothing moves him. When I saw it in the theatre I work at (four times) there were plenty of times where the audience would start giggling nervously just so there would be something to break the silence. I think that’s the point: when we take the movie badass out of the movie, he’s an awkward psychopath that is very uncomfortable to be around. His damsel in distress is an apathetic waif drifting through her life without any direction. She’s as awkward to be around as he is. We don’t like these people. Their flirtation makes us squirm and their relationship is unrelatable. We’re seeing action movie tropes in a realistic light and they’re really, really creepy.

There’s the all important “elevator scene,” at the end of the second act. The Driver rides an elevator, flanked by his love interest and a goon hired to kill them both. The scene starts tense, we get a quick shot of the gun in the goon’s jacket and we see the Driver glance at the weapon knowingly. The Driver pulls the woman close to him and he kisses her in slow motion. The light is soft, the colours are warm, the music swells, they gently pull closer into one another and the camera lingers on them for nearly a minute. The kiss is the first–and really the only–time that we see a definite romantic attraction between the two leads. There’s a peace between them. Despite all their shared silence, the mute, neutral smiles they gave one another, in this moment they actually connect. It seems right that they’re kissing. And then the moment is shattered. The shot returns to the three of them and the goon whips out his pistol, the Driver overpowers the goon and throws him onto the ground. The Driver starts stomping on the goon’s head over and over. The thumping gets louder and a wet squishing noise punctuates his heavy footfalls. The Driver grabs the handrails along the elevator walls to leverage himself. He stomps on the goon’s face for nearly a minute before we get a close up of the Driver’s foot crunching into the goon’s skull. The elevator opens and the woman backs out in horror. The Driver looks up at the woman, minutely beaming over his work. He sees her reaction and his face darkens just a touch. The elevator closes him inside and that’s the last the two ever see of one another.

I think the point of that is that the Driver isn’t trying to protect the woman, he isn’t trying to defend himself, he’s trying to show off just how ruthlessly powerful he is. He’s showing her how able and how indifferently he can kill. That’s his gift to her. Just like in Rambo, Commando, Road House, and Above the Law, he killed someone and it was no big deal. But his lady-love isn’t impressed, she’s mortified. The Driver could have disarmed the goon, he could have knocked him out, he could have stopped stomping on his face any time he wanted. He was in full control and he decided not to stop stomping until he felt his foot break through the goon’s skull. It was a play of power, not protection.

In games, I think we’re too often the Driver, stomping somebody’s face in until we feel the bone give because we’ve seen that sort of thing romanticized so many times before. Games don’t ask us to look at what we’re doing, they don’t have that person we’re trying to impress look at us with terror and disgust. I think that’s what a good satire ought to do. It ought to make something ugly we’ve gotten used to look ugly again. I won’t say there are no games that do that, but I haven’t played any. 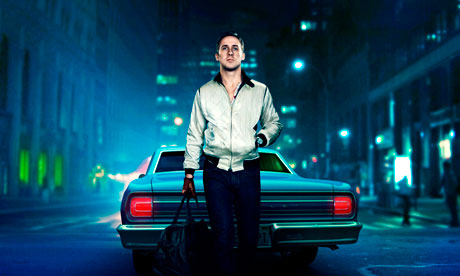 It’s a shame, because there are games that can treat violence in more ways than a sick means to a disturbing end. Plenty of fighting games put so much gloss and glamour over the “fighting” that it barely feels like fighting anymore; it becomes akin to fencing, a competitive act that, while derived from something violent, becomes more of a competitive game than a display of power. There are games which remove violence entirely, or reduce it to such a menial role that it might as well not even be there (like the aforementioned Okami or a Mario-esque platformer or any number of casual games). But there aren’t a whole lot of  games that communicate the horror and pointlessness of war or the pain of grief or the trauma and evil of violence without unironically asking the player to perpetuate it. We can look at the Driver and understand him, we can cheer for him and want him to succeed even while we recoil at how skewed and broken his view of the world is. We can see what a monster he is and yet understand how he could become such a monster. We can understand how easy it would be for us to become monsters ourselves if we tried to live though a movie because the world-view of a certain type of movie is downright psychotic. How many games do that? Spec-Ops, I have some high expectations for you.

Further reading: Polansky, Lana. “The Importance of Being in Jest.” Bit Creature. Jun 22 2012.