Playing Agarest: Generations of War for review (PopMatters, 28 Oct 2013) was a bit of a frustrating experience because, while there was a lot to enjoy, there was a lot that was just awful. I ended up splitting the difference and calling it average—the video game kiss of death if there ever was one—but it highlights a recurring fantasy in video game fantasies: the colonial guilt coping story.

This is a classic scenario…from Dances With Wolves to The Last Samurai, where a white guy manages to get himself accepted into a closed society of people of color and eventually becomes its most awesome member…In bothAvatar and District 9, humans are the cause of alien oppression and distress. Then, a white man who was one of the oppressors switches sides at the last minute, assimilating into the alien culture and becoming its savior. (Annalee Newit,. “When Will White People Stop Making Movies Like Avatar?”, io9, 18Dec 2009.)

It’s a means of alleviating colonial guilt while at the same time evincing the superiority of a colonial force over the barbarism of the natives (or the poor or the uneducated or whomever). Agarest is a story told in five generations, and ignoring just how disappointing that none of these generations of player-characters differ substantially from one another as people, these characters all follow the same arc. That is, they are placed in a world where an evil empire leans against a collection of ethnic or working class or otherwise disenfranchised people and must teach the empire the error of its ways through a use of force.

When they’re introduced, each new PC is somehow associated with the evil empire, only to have an attack of conscience or to be betrayed by their empire or to otherwise find themselves alone against their former allies. In any case, they stand up for the little guy, take over the rabble that makes up a band of rebels, and whip them into a formidable army. The savages can’t take care of themselves until the PC signs up and makes them awesome. Without him, they were nothing, but with his leadership, it becomes a fair fight, a fight that the best man may win and fairly claim the spoils.

However, the player doesn’t have to change the way that they play at all. The disorganized resistance transforms into an efficient war machine the instant that the PC gains control of them. Agarest doesn’t play any differently after the PC has switched sides in the war. The PC never fears malnourishment or equipment shortages or even disloyalty among their new army. The PC is as able to move in the move phase and act in the action phase of combat as easily as before. They might be the underdogs fighting against the Man for the right to equal opportunity, but play looks an awful lot like it did when the player fought on behalf of the evil empire.

A part of that likely stems from the “gamey” nature of games. Counter Strike wouldn’t be fair if terrorist avatars would reflexively throw their guns to the floor in a panic the first time they heard bullets whiz by their ears. Conversely, Call of Duty wouldn’t be fair if enemies ever surrendered a fight they couldn’t win. A part of what makes games enticing is the opportunity to overcome challenges according to rules. It wouldn’t be fair if the player couldn’t control their avatar just because their avatar shouldn’t be able to control themselves, nor would it be fair if the bad guys threw up their hands and spoiled the player’s hard earned victory. There must be a plausible challenge and an opportunity to succeed. Which is fair enough, but if Agarest wants its player to fight on behalf of the disempowered than it should not make the player and their enemy equals because the disempowered aren’t equal. That’s what makes them disempowered.

Agarest opens with its first protagonist getting stabbed to death for refusing to participate in a genocide. The first PC, a respected general, is killed so quickly by a colleague that it’s barely worth the murderer’s time to file the paperwork. Being oppressed isn’t fun, and in its opening moments, the game acknowledges it. But only moments later Agarest returns the player’s authority, it gives them dominance—or at least a fair shot—over their upcoming adversaries. The problem isn’t just the usual structural complaint that play feels incongruent with information provided in the story, the problem is that the game suggests that the oppressed’s problems can be solved by the oppressor’s tactics. Meeting a large army head on with a weak, untrained one is not a good idea. Going to court over an unfair dismissal from a low wage job is often not a good idea either. Power protects itself and Agarest implicitly suggests that power is distributed equally, that if the oppressed meet their oppressors head on in gentlemanly turn-based combat, they will overcome oppression. 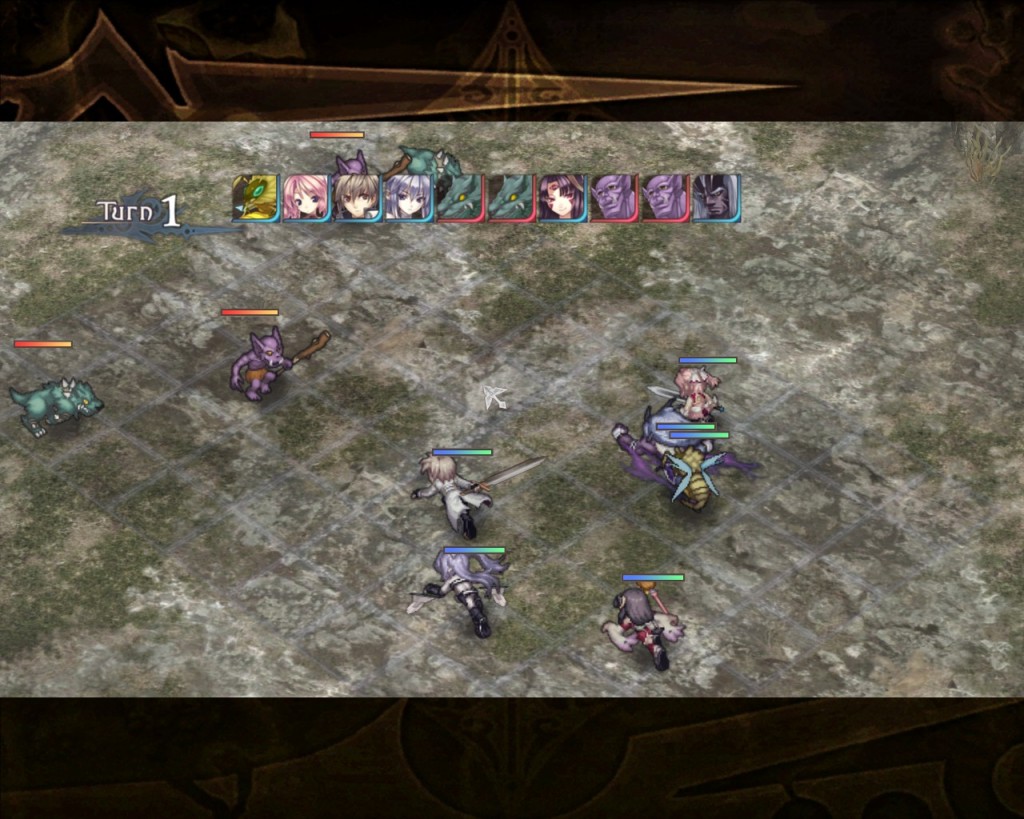 Nobody wants to play chess against an opponent whose pawns are queens. And this certainly isn’t a call to end games in which opponents are relatively equally matched. But Agarest‘s ludic interpretation of real-world classism and racism is dishonest. It’s striking how often games suggest that the power of the victim’s (assumed) moral high ground is equitable to that of the conquistador’s rifle. We want Booker to be virtuous in elevating downtrodden people of color but we also want him to be able to stick a hook in their faces if it comes to it. And we also want it to come to it.

The best things that I’ve said about Agarest have been some variation of “in my imagination, it isn’t total crap,” so maybe it isn’t the best lens to look at games through. But that said, it does illustrate a fairly consistent fantasy: that of the justified colonialist. It’s a game that follows an oppressor with a heart of gold leading the uncivilized to the promised land. It’s not alone in doing so, either.