If you’ve watched a superhero movie since Jon Favreau’s Iron Man, you probably know to sit through the credits. In the eight to 12 minutes that it takes to see a blockbuster’s bonus scene, it has probably dawned on you that it takes a heck of a lot of people to take a movie out of somebody’s head and project it onto a screen. Likewise, games from basement -made indies to those produced by triple A studios are collaborative efforts. Even a novel goes through a myriad of editing processes before the lone name of the author is stamped on the cover and shipped out. Hell, even this article will pass through at least one more set of eyes before it sees the light of day. It takes a lot of people to make something. Always Sometimes Monsters explores the invisible people behind stories. It’s about the unseen ways that people relate to one another and construct stories.

Developed by Toronto developer Vagabond Dog, Monsters is an RPG about ordinary people. The game is a story told by an unidentified homeless person about a publicist named Larry and his failed protégé. As Larry, the player sifts through a myriad of novelists at a party and signs the one that he believes will net him his fortune. This is actually the player’s character creation, and it is one of the cleverest ways that I’ve been introduced to a player-character without breaking from the fiction in a game. The player-character’s gender, ethnicity, and sexuality are procedurally determined. A year after they sign their golden ticket, the player character has been dumped by their partner, evicted from his or her apartment and abandoned by his or her publisher.

Monsters follows the love story of two soulmates doomed by circumstances, favorably resembling To the Moon in its aesthetics and themes, if not in its delivery. Monsters, however, makes its love story into a bit of a red herring. As the player journeys across the country to attend their ex’s wedding, it doesn’t matter whether they’re trying to win that ex back or trying to make peace with that individual, both readings are equally applicable. Instead, the game quickly diverges from the story of these starcrossed lovers and instead refocuses on two best friends. The love story moves most of the plot along, but it’s ultimately secondary to the more interesting and complicated relationship between two friends forced to compete with one another.

Indeed, reluctant competition is one of Monsters‘s central themes. It works as an effective critique of capitalism because characters are constantly driven to hurt others in pursuit of their own interests. Characters who depend on one another are forced to betray one another to get ahead. To get ahead, one must put someone else down, and once down, one is never allowed back up. The player must perform a series of menial tasks to earn enough money to survive, and the plot pits characters against a callous medical industry, a corrupt union boss, and a jaded publicist. This constantly moving plot makes it a less damning simulation of poverty than Cart Life or Spent, but it still effectively mechanizes poverty in order to deliver a salient point about cycles of poverty. The player character’s odd jobs gets him or her through the day but not farther. Those with authority condescend and make demands, but (especially early in the game) the character is never in a position to do more than get by. 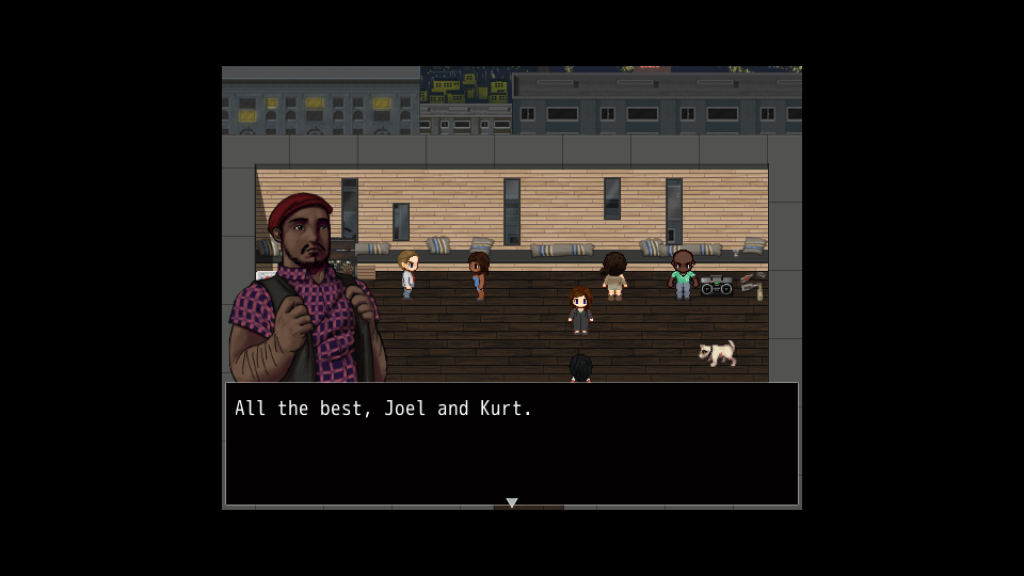 That said, as the title suggests, nobody is ever completely reprehensible. For example, there’s a cartoonishly grouchy factory manager who glowers and barks orders while the player shuffles boxes from storage to loading bay. He’s a sexist, homophobic, self-centred prick with almost no redeeming features. But when his striking employees take a non-metaphorical shit on the hood of his car, it’s hard not to feel bad for the guy (even if he kind of deserves it). He also ends up delivering some of the most poignant, if cynical, lines in the game. Likewise, even the most apparently good people are not above reproach. Every character that the player spends any amount of time with has at least one more layer beneath the surface. In other words, every character invites judgement and then defies it. As an experience invested in how people interact, Monsters is strongest when it shows different sides of people.

All that being said, Monsters is rough around the edges. Most of the dialogue has a very colloquial North American tone but on occasion characters will spin off into a diatribe about social determinism and converging life paths that often sounds totally unnatural compared with the game’s general tone. Moreover, Monsters is more effective as a social critique earlier in the starting city when the player has nothing and gets kicked down the hardest. However, occasionally for the plot to move forward, the player character is artificially elevated to a position of grandeur or authority. Finally, when Monsters comments on poverty, addiction, mental health, crime, queerness, and racism, it occasionally trivializes the very issues that it’s trying to shed light on. There’s always a way out for the player, enemies are always willing to bargain, and resources are always available. 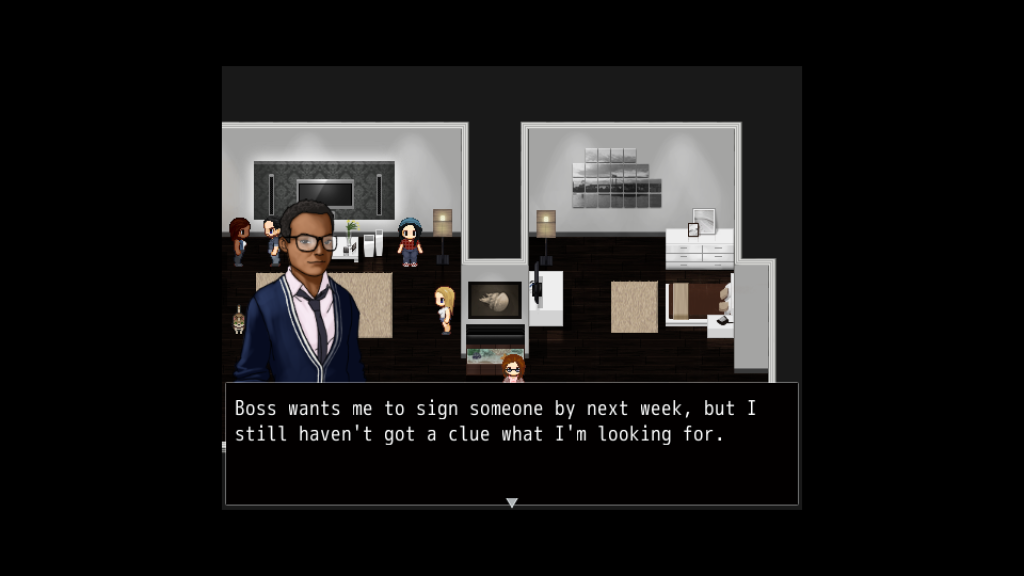 My own counter to its flaws is: “So what?” It’s a game about human error and the messiness of relationships, and dismissing it out of hand for being rough around the edges feels unfair. The game’s efforts might not pay off every single time, but they still count for something. Monstersis obviously very personal (the developers themselves are recurring in-game characters). It’s a bit meandering, crass, and occasionally more ham-fisted than it seems to realize. Still, though, its technical limitations are more charming than they are distracting. In the end, these flaws make it read a lot like a modern-day Clerks for the millennial generation.

Always Sometimes Monsters is an honest attempt at saying something personal and significant. It’s varied parts don’t always mesh perfectly, but given its subject matter, it never grievously wounds the experience. Always Sometimes Monsters expects to linger after it’s gone, and it expects to be talked about. That means something when people like its characters are so often forgotten.