Now that you’ve done those things, I’m going to write at a little more length about some of the things I discussed in my review. Hate Plus, I found,creates a detailed world and air drops a player in the middle of it with the task of picking out the details one at a time: atmosphere, plot and themes are created and resolved gradually and in a loosely organized way. Hate Plus is particularly powerful because everything comes together patiently and soundly. However, it could only do so as a game, in fact, I think all games are structured in this way to some degree. The better a game creates context from nothing the better the game tends to be.

Hate Plus is a “visual novel” and honestly I’m not married to the term*. At a glance, the term makes a lot of sense, there are more words in Hate Plus than the average novel and visuals (and music…definitely music) contribute substantially to the experience. Even so, it felt much more like a game than a novel because it is built around exploration. I likened it to being in a big, dark, empty room and getting to know it with a flashlight. At first the player is lost and the little circle of light is barely helpful in seeing anything but by the end they know the room so well from exploring it piece by piece. In this way Hate Plus‘s pacing and structure really made me reconsider what makes games games.

I’m mostly speculating here—and since this is my blog, I can do that—but it seems that “interactivity” has been a bit of a false idol. I think the necessary and distinguishing feature of games is in how they are organized as tiny chunks of information collected in a non-specific order until the audience has completed a full understanding of the piece. I think what makes games special isn’t the fact that players can act in the fiction, I think it’s that there is a fluid order in which they are meant to act.

Think of it like a puzzle: where something like a book or a film or a piece of music has all its pieces stacked in order from top left piece to bottom right and need only to be placed on the board in the order they come in, a game is just a bunch of pieces in a mess. Sure, some pieces are already attached to others in a long sequence—this town can only be accessed after this long scripted sequence, etc—but most of it is just put together at the player’s exploration. 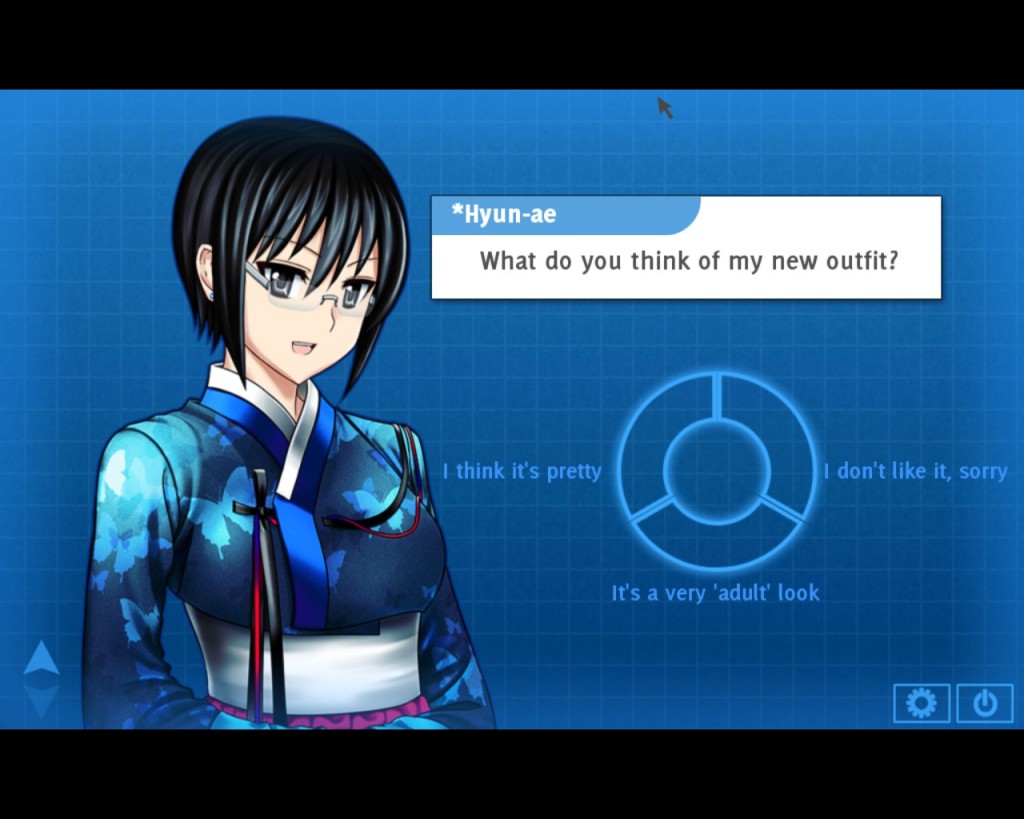 There might be a linear plot, for example, but there’s never anything stopping a player from deviating from the path to examine a neat looking set piece, or from testing game boundaries, or exploring/exploiting solutions that the game doesn’t suggest. In even the most controlled game the player can just stop and listen to the background music and still be connected to the piece, or they can create alternate saves to relive past challenges or experience different builds or options—hell the fact that there even are different builds—or create their own challenges to radically change what the game is (Brice, Mattie. Pokemon Unchained. Feb 15-25 2013).

Consider Shadow of the Colossus: yes, the game is ostensibly “about” bringing some lady back from the dead, but it’s real strength lies in how it’s explored. So much of the game is wandering (like the protagonist’s name, I get it!) through plains, prairies, deserts, lakes and ruins. Even though the player’s goal is to smite the sixteen colossi, what makes it a game is in how the world explored. What was this Colosseum used for? who build this tower? why are the colossi here? what will happen to the lady when she’s restored? who the hell is she even? what drives my protagonist? These aren’t plot holes, the game provides enough clues to tie everything together, everything is just a process of encountering these clues and shaping them into something meaningful. These questions persist on a more practical level as well. How do I reach the other side of this lake? How do I slay this colossus? Why is my health bar growing? why is my character’s face so pale and what are those black veins crawling up his neck?

The game doesn’t ever tell the player any of these things but they figure them out by exploring. There’s no paragraph of exposition or camera shot that states “Wander became more difficult to kill but also started looking sickly, which confirms the assumed suspicion that he is selfishly tampering with evil forces he doesn’t understand.” It just happens subtly over the course of the experience, everything is there to be observed.

So it is with Deus Ex: Human Revolutions. The more the game retreats from “roam these streets, read these slices of life and experience this world” the worse the game gets. But the game doesn’t lose anything because it stops being interactive in a cutscene, the post-tutorial asskicking that the hero gets is actually a pretty good cutscene that appropriately disempowers the player. Human Revolutions gets worse as it goes (aside from the lousy writing and voice acting) because it takes away the element of exploration so that it can spoon feed the next chapter break.

Similarly, a ruined fountain in Metroid Prime holds enormous symbolism within and without the Metroid universe because of all the surrounding information gives that impression, not because the game explicitly spells out its significance (Atay, Sebastian. “Reflections on a Ruined Fountain.” The Ontological Geek. June 27 2013.) The fountain is more than just a set piece and its purpose is more than just artistic. The fountain’s function is determined by its proximity to the next boss, the circumstances that led the player into it, the logs unlocked in that room, the larger theme of the game that all ties to the fountain and what it did prior to the game and what it does now that Samus is walking by it.

Good games make good use of this and bad games make poor use of it but to some extent it’s always present. From the most player dictated open world to the most linear and scripted JRPG that I refuse to shut up about. I don’t know that there’s anything more intellectually validating as inventing terms and I really don’t know if there’s a term for what Hate Plus does so well (my money’s on ludoactemmersitude). But seeing it in so raw a form in Hate Plus has made me wonder if it, not interactivity, is what distinguishes games from other media.

For one, Hate Plus is not very interactive. Sometimes your charming AI sidekick will pipe up and ask for your input through a dialogue wheel but most of the game is picking out which logs to read and reading them. Nothing the player does will change the content of the logs, they all tell the same story. That’s the point in Hate Plus, the player is studying history; of course there is not a chance to go back and switch things around to fix it. No matter how obvious the problems and solutions are to the player with all their omniscient third-person detachment there’s nothing to do to change history because, well, it’s history. In Hate Plus, the player build knowledge from multiple perspectives until a coherent plot forms, not the other way around. Interaction with the game would defeat the purpose of it: the only interactions that are available are in how the player and their colleague will reflect on the mistakes of ancient dead people. 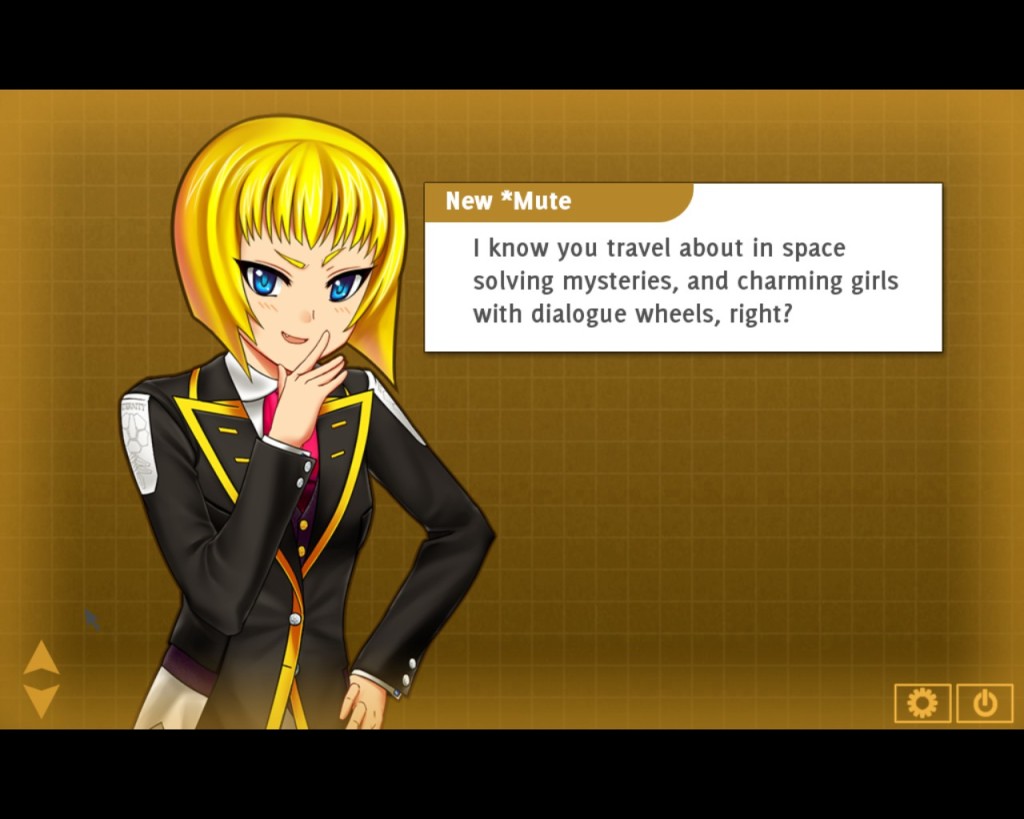 The player acts with very little authority and has very little influence on what the experience finally looks like in the end. I’ve written quite a bit for PopMatters about how flawed it is when games give their player too much authority and how effective it can be when a game takes a player’s authority away (“In the Third Person: Against Player Authority.” Jan 22, 2013; “Forced Failure and the Undignified Hero.” July 24, 2012; “Too Much Play to Pause.” Mar 7 2012; “Unplugging the Player from the Protagonist.” July 25, 2011.). Admittedly, some of that writing comes across as armchair development (hell, that’s kind of what I’m doing now), but what I’ve been trying to say with all these articles—and what Hate Plus demonstrates—is that interactivity isn’t really all that important to video games.

Sure, some games do it well enough, but I think that the unifying element is the way that disorganized synaesthesia slowly coalesces into something coherent. Already I’m starting to see holes in my logic: Does my quitting Metroid: Prime halfway through the fucking mines make Samus’s latest death canon because I did not stick with it long enough to overwrite that outcome with new information? Where do competitive multiplayer games fit in this? How about games that rely heavily on outside resources for plot like League of Legends?

*Full disclosure, my experience with visual novels is very limited so take this with a grain of salt. VNS Now! seems to be a good place to become familiar with the genre, plus I really like the layout of their site.

One thought on “Thoughts on Hate Plus and Discovery”