One of the things I find most fascinating about the conversation about videogame violence is the nebulous threshold that separates “inappropriate” from “provocative” portrayals, “excessive” from “effective” ones. Reactions to Spec-Ops: The Line fluctuate widely, with some praising its harsh frankness and others ridiculing its shallow pretensions. People are either captivated or duped by it: it either successfully discomforted its player or it shoved itself up its own ass.

For what it’s worth, I fell for Spec-Ops: The Line and found its violence emotionally challenging and effective (Dinicola, Nick. “Spec-Ops: The Line Shames My Happy, Violent Memories.” PopMatters. Aug 16 2012.). Meanwhile, I think that the violence in Bioshock Infinite is inappropriate and excessive (Alexander, Leigh. “‘Now is the Best Time’: A Critique Of BioShock Infinite.” Kotaku. Apr 11 2013.). Racist undertones notwithstanding, Infinite‘s violence is just too much (Barham, Nate. “The Violence of Bioshock Infinite.” Think Critical. Aug 15 2013.). Qualifying how violence in Spec-Ops is smart and Infinite is unwarranted is not easy. 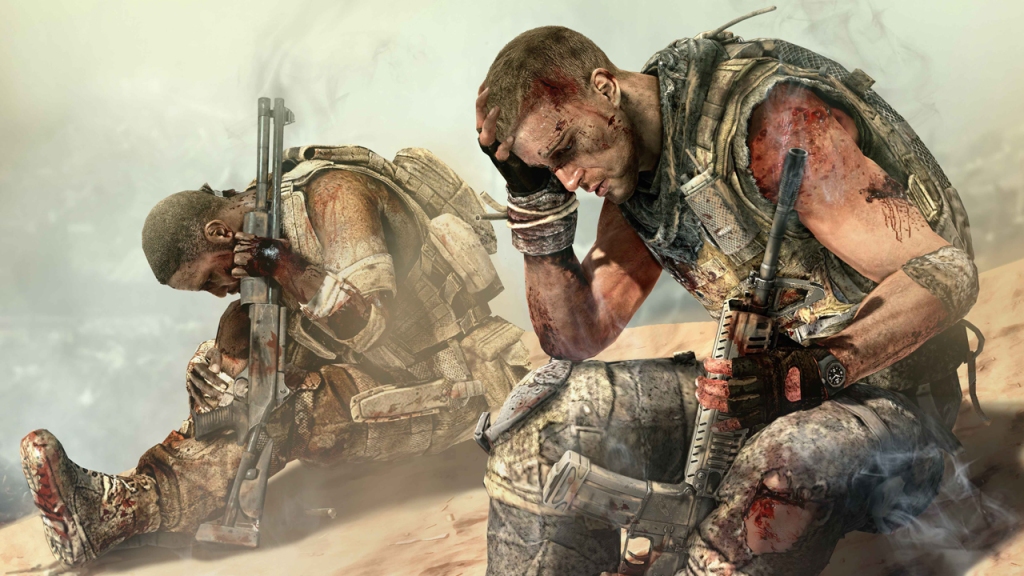 Conflict is just expected to take a violent form. This is especially true for videogames but it applies to most fiction in general also. Not to dismiss the impact violent images and narratives have on people, but violence can communicate a myriad of tones and meanings (Filipowich, Mark. “A Tale of Two Shooters: Spec-Ops: The Line and Black.” PopMatters. Jan 14 2013.). It’s fair to say that the violence in The Three Stooges is different from the violence in Saving Private Ryan which is in turn different from the violence in Twelve Years a Slave. That much is obvious to many children, let alone experienced adults living in a post-industrial, multimedia country. Similarly, the violence in Spec-Ops and Infinite attempt to achieve different things and whether or they succeed is a different matter entirely. 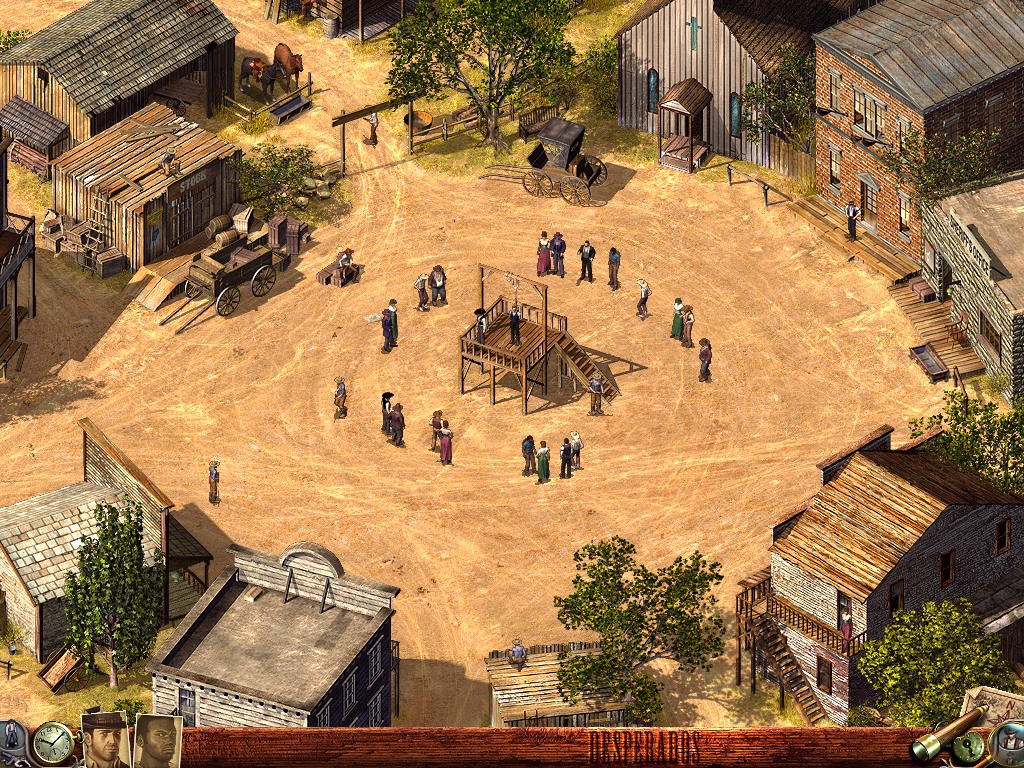 What struck me about the cast was how immoral they are—true to their 1960’s spaghetti western influence. The cast includes a bounty killer, his longtime partner, a cowardly con artist, a card cheat and the leader of a gang of bandits. The most noble of them is motivated by a love for adventure, the most ignoble by a desire for revenge and all by a hunt for money. The game’s villain, El Diablo, isn’t a villain because he’s organizing a terror racket spanning both sides of the Mexican border—I mean, that’s what he’s doing, but the player’s cast doesn’t really care—the player’s party are after him because they want lots and lots of money for killing him. They’re thugs. Perhaps they’re thugs on the right side of the law, earning a utilitarian’s begrudging approval, but they’re thugs all the same.

So when I, as the player, am faced with an impassable line of guards, I don’t worry about the consequences of fighting through them as I might in a game like Mass Effect or Deus Ex (Filipowich, Mark. “‘We’re Helping People, Adam’: Deferring Responsibility in Deus Ex: Human Revolutions.” bigtallwords. Sep 17 2013.), I line up a shot or set up a trap or lure them into the shadows and get rid of the problem. Each character has an ability to knock enemies unconscious but since the game establishes these characters as grey hat anti-heroes, I only ever choose the nonlethal option out of convenience. These characters clearly have no qualms about killing so, in this context, neither do I. So it is in FTL, Metal Gear Solid, Dishonored, Fallout and a host of other games where pacifism is technically possible, even occasionally advantageous, but violence is still narratively justified by the characters and the context. I’m not compelled to kill a guard in Desperados because there is not another choice, I’m compelled because murdering a dude here or there makes sense for the people and world I’m playing. Again, looking at the game’s influence (Sergio Leone movies), I shouldn’t worry about it.

The first thing that Clint Eastwood’s Man With No Name does in A Fistful of Dollars is shoot four men as a warm up. The movie then follows him exploit a gang war until everybody on both sides is dead and he’s rich. He’s clever and manipulative and brings peace only to get cash. So when Desparados gives the player six characters that are basically that guy it makes sense kill to get what they want. 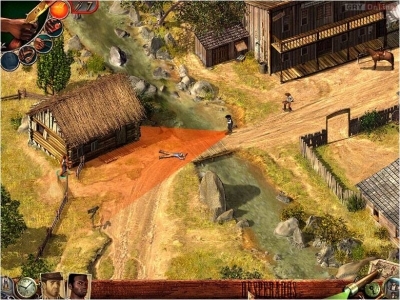 But over time, it feels just a little off. Yes, The Man With No Name kills a bunch of dudes—like, two dozen—across the Dollars trilogy, but Desperados breaks somewhere about two-thirds of the way through its 19 mission campaign. Player-characters are fragile and can’t stand up in a straightforward gunfight so it’s best to remove as many enemies from the map as possible before being detected.  Removing guards by knocking them out is only temporary unless one character, Sam, is nearby to tie them up. Even then, if a guard discovers a downed enemy, not only will the guard free their companion, but they’ll put the rest of the map on high alert. Knocking out enemies is quick and quiet, but later into the game, when the player has more characters to micromanage around more enemies with deadlier AI, killing becomes more tempting.

I’ll grant the danger of direct combat reduces the number of lethal battles and sharpens the poignancy of conflict: the player must respect violence when it can be applied to them as ruthlessly as they apply it to their enemies (Weidman, George. “Retro Review: Tom Clancy’s Rainbow Six.” Super Bunnyhop. video. Aug 7 2014.). However, approaching the end of the game, the body count just feels too high. Westerns, noir, fantasy and sci-fi often consist of violence and violence is often very shallow—again, The Man With No Name kills four people when he’s introduced to prove to the audience how awesome he is—but there just isn’t space in a two-hour film for the pile of bodies stacked in Desperados; and Desperados is tame compared with most pulp-inspired games. I mean, Shepard is a Christ analogue and across Mass Effect she personally guns down literally thousands of people. The boundary between acceptable and gratuitous violence is a blurry one. Acceptableness varies based on the tone of the violence and the audience’s tolerance for it, but I’m confident that Desperados goes too far. Again, I like the game and I like the westerns it’s based on, but I’m discomforted by the sheer volume of killing the game expects out of its player. In a large enough dose, violence can be discomforting just by its presence alone but there’s a trend of framing the violence that makes it even more uncomfortable. Violence is used as a mode of controlling others. It’s nothing novel to see the connection between violence and control, but violence in games is increasingly used as not just the most effective way of controlling others, but the only way and the just way. Violence is seldom framed for what it is: uncontrollable, self-perpetuating and unpredictable. Games treat violence as a stable fuel for a person’s ambitions. And I will discuss this at length in my next article. 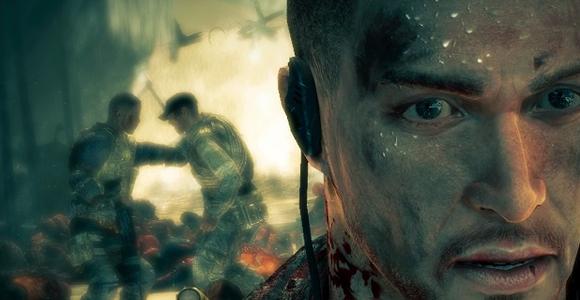 Special thanks to Eric Swain of The Game Critique for help in tracking down sources for this article. Please take the time to read his work.

Harrison, Leigh. “The drunken forum experiment I: Can violence be more ‘meaningful’?” As Houses. Aug 17 2013.